Northern Ireland occupies the north-western area of Ireland and is one of the four countries in the United Kingdom. It is one of those wonderful countries to explore, with breathtaking landscapes, fascinating history and fascinating legends.

A brief history of Northern Ireland

The country of Northern Ireland was established in 1921 with the division of Ireland from Northern Ireland by the United Kingdom Parliament. It is a land profoundly marked by internal conflict between Catholic and Protestant communities, which has seen clashes that have cost the lives of many Irish people up until the 1990s. The area occupied by Northern Ireland today was originally the main settlement area for Scottish settlers.

The capital is Belfast, a city not to be missed! Among the places of interest, there is the Titanic museum, where the story of the ship is told from its design to its tragic end. The Cathedral area of Belfast is the oldest part of the city, it is a very nice neighbourhood to walk around. Derry is another city, which is entirely surrounded by a fort that was built to defend the city from Irish clans, the perimeter is about two kilometres and inside there are 24 original cannons.

There are also some breathtaking natural landscapes in Northern Ireland, don't miss the granite peaks of the Morne Mountains, which are the highest in the country. There are spectacular blue lakes, green expanses, rocks and imposing peaks. Mount Stewart is also worth visiting, it is a period residence with two beautiful gardens full of flowers and plants designed and commissioned by the suffragette Lady Edith Vane-Tempest-Stewart. A visit to the Old Bushmills distillery teaches you how whiskey is distilled, blended and bottled.

What to eat in Northern Ireland

Most of the traditional dishes are commonly based on meat from animals that are reared on the green Irish pastures. Do not miss the oyster and salmon-based dishes too. Irish Champ is an accompaniment of mashed potatoes combined with hot milk and shallot butter. Also, in Northern Ireland, there is Irish Stew, which is made with meat, potatoes, carrots and onions accompanied by excellent dumplings. Another delicacy is Ardglass, which is potted herring covered in onion, bay leaves and spices. Boxty is a potato-based bread loaf, it is served fried and stuffed with bacon, it is very common in Fermanagh. Also, don't miss the Ulster fried breakfast, a super calorific breakfast containing bacon, black pudding, beans, eggs and potatoes!

Discover how to reach and what to do in Northern Ireland: tips, events, local festivals, culture, food and all the other details to explore Northern Ireland can be found on our blog! 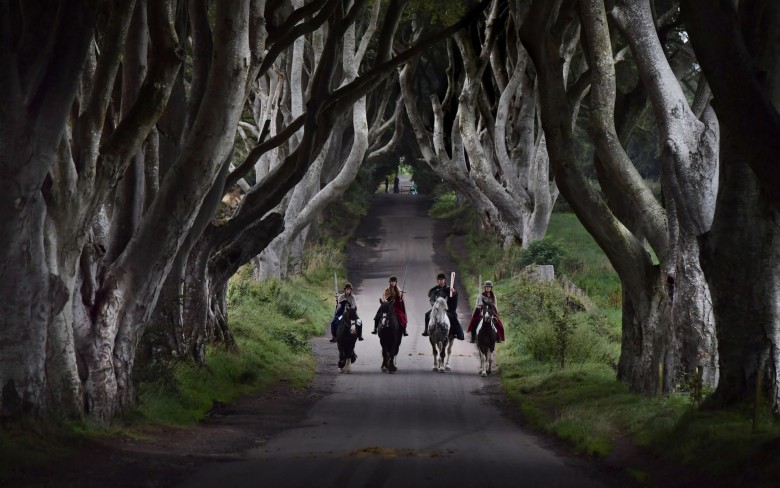 In Northern Ireland with NetFerry: discover the beauty of the emerald isle
From breathtaking coastlines and acres of lush green countryside to enchanting historical landmarks and unique gastronomical experiences, Northern Ireland offers something for e...
23 January 2020