The Aegean Speed ​​Lines Navigation Company was founded in 2005, as a joint venture between the British company, Sea Containers, and the Eugenides Group. They operate in the southern Aegean Sea, connecting the islands in the Cyclades archipelago.

Aegean Speed ​​Lines was the first Greek company to fly the European Union flag in Greece. In 2006 they underwent a radical change in the corporate structure and the company decided to invest in faster boats, high speed ​​catamarans called Speedrunners.

On the NetFerry site you can find all of the information you need for your trip on-board the Speedrunner with Aegean Speed ​​Lines. Departure and arrival times, where to go and on which ports to arrive, rates and prices can all be found on the NetFerry website. 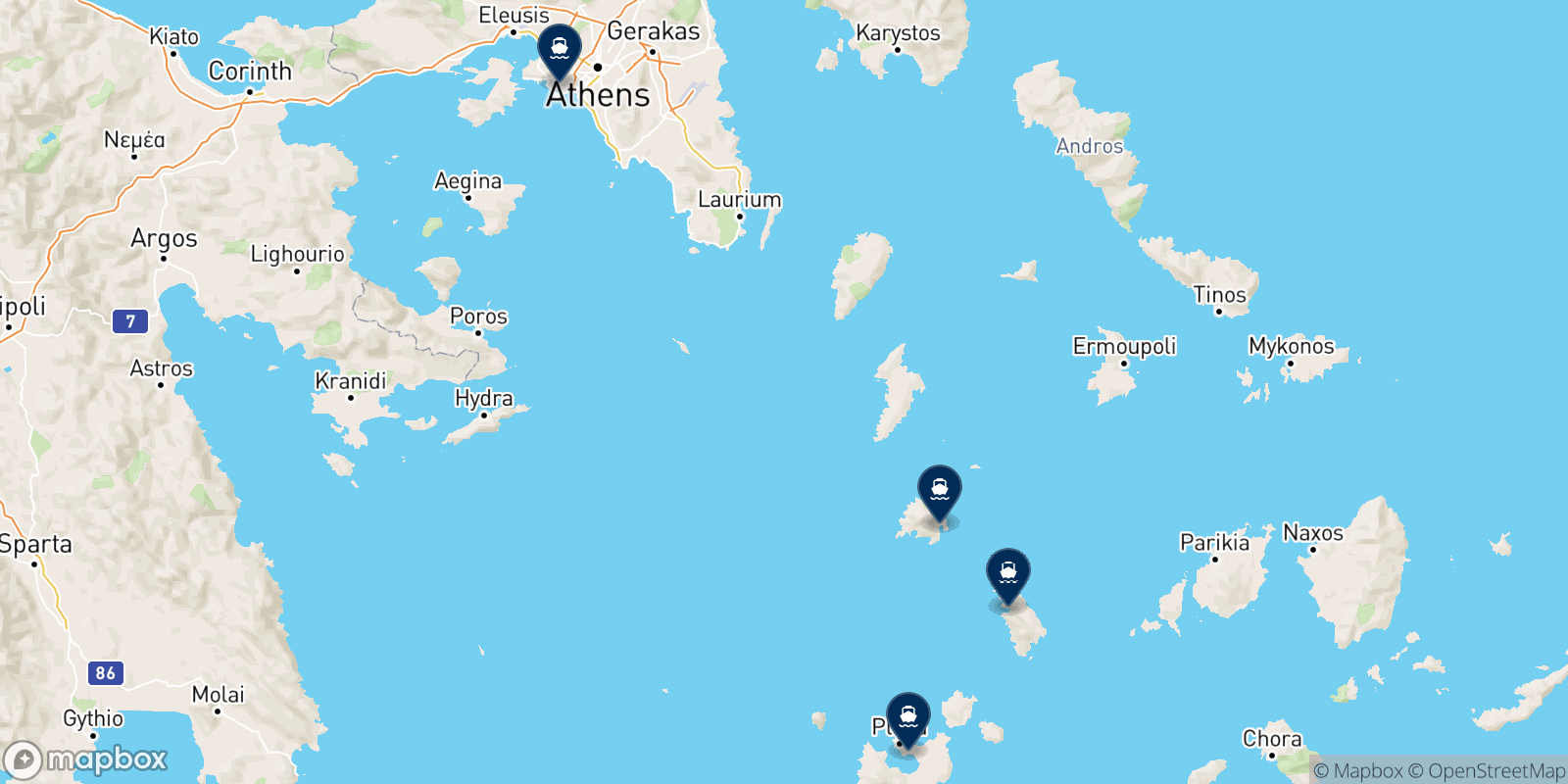 More information on the page Ferry to MILOS

More information on the page Ferry to PIRAEUS

More information on the page Ferry to SERIFOS

More information on the page Ferry to SIFNOS

Discounts for children under 10

50% discount
Children aged 5 to 10 years receive a 50% discount, including fees.

20% discount
Receive a 20% discount on tickets booked at least 3 months in advance.

25% discount
Receive a 25% discount on a limited number of seats on all lines to and from Piraeus. Limited availability, non-refundable tickets but it is possible to change the date of the ticket date upon paying the difference for the full fare.

30% discount
Purchase a return ticket on the Serifos - Piraeus route and receive a 30% discount on the return leg, inclusive of fees.

20% discount
Purchase a return ticket on the Serifos - Piraeus route and receive a 20% discount on the return leg, inclusive of fees.

Free online check-in is available on this line, so you can board directly without delays at the ticket office.

Which destinations can you reach with AEGEAN SPEED LINES?

Which ports do AEGEAN SPEED LINES depart from?

Which offers are available with AEGEAN SPEED LINES at the moment?

Looking for more information on other destinations?

Check out our site for more information on ( Milos, Piraeus, Serifos, Sifnos).