The Pelagie Islands are located off the south coast of Sicily, 200 km south of Agrigento. The Pelagie Islands are composed of three islands: white Lampedusa, black Linosa of volcanic origin and the lost and uninhabited islet of Lampione. Their proximity to the Tunisian coast gives them unique flora, fauna and climate. The houses on the islands are painted different colours and the sea is completely transparent. The Palagie islands are a real paradise for scuba divers, in the water you can see groupers, lobsters, yellow and pink coral and even the grey shark.

The Pelagie Islands protected marine reserve covers an area of 4,136 hectares. It was established in 2002 to protect the marine flora, fauna and especially the reptiles and marine mammals in the area. It ensures biodiversity in the Mediterranean and is home to many protected species such as cetaceans and turtles who are endangered.  You can even spot dolphins and the Caretta Caretta sea turtles that live and nest on the beaches of Lampedusa and Linosa. With such geological, landscape, biological and coastal biodiversity it represents some of the very best of the Mediterranean.

Although Greeks, Phoenicians and Romans used the Pelagie Islands as a stop-off during sea voyages, the islands remained uninhabited for centuries. In the mid-1600 the king of Spain assigned the islands to Giulio Tomasi, who gained the title of Prince of Lampedusa. Two centuries passed, during which the archipelago suffered several attempts of colonization before the Tomasi family decided to cede the Pelagie Islands to Ferdinand II of Bourbon. Inhabitants then settled on the islands and brought with them the dammusi architectural style.  The buildings were perfectly integrated into the landscape and are unique to that area of the Mediterranean.

Fish is the main ingredient in most dishes on the islands.  There are excellent pasta dishes containing sardines, salted, cured fish roe and other fish and local capers. Oven baked or grilled squid, grouper, sea bream, sea bass, mackerel are available. Typical products are mackerel and tuna in oil and the traditional Lampedusa swordfish, smoked according to traditional methods. There is also delicious couscous cooked with grouper that blends Italian cuisine with African and Middle Eastern.

Discover how to reach and what to do in Pelagie Islands: tips, events, local festivals, culture, food and all the other details to explore Pelagie Islands can be found on our blog! 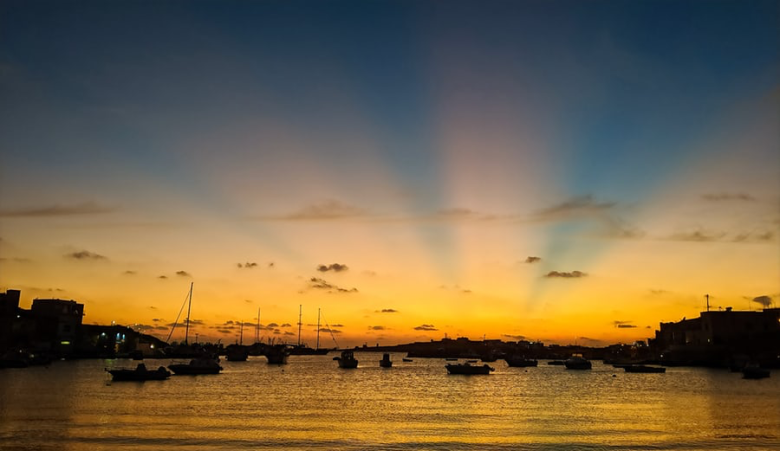 The Pelagie Islands: Lampedusa and Linosa with kids!
Sicily has to be one of the most family-friendly destinations. Italians tend to welcome children with open arms and will not hesitate to accommodate your needs at restaurants wi...
27 July 2020

Natural sponge, a souvenir from Lampedusa
Discover the beautiful island of Lampedusa with Netferry. Located in the middle of the Mediterranean, Lampedusa is considered the pearl of the Pelagie archipelago. It is part of...
02 April 2019